An increase in activity within the private aviation industry has executives at Clay Lacy Aviation optimistic for the company’s bottom line, as well as the local job market.

Officials from the Los Angeles-based private aviation company are looking forward to further growth in the company’s holdings nationwide — including in Connecticut, where it has added workers in the past year — as industry trends suggest an uptick in business that will create more demand for flights. 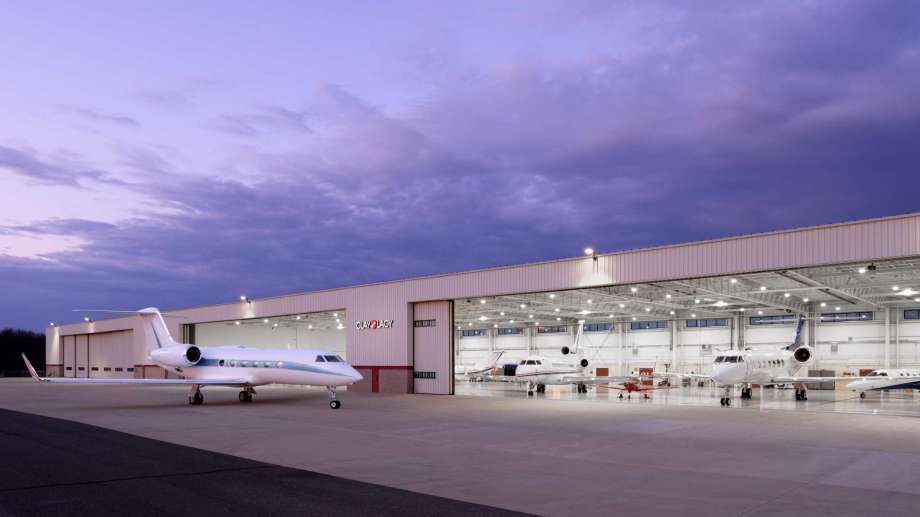 Private aviation operation company Clay Lacy Aviations has been increasing its presence in the Northeast. The California-based company has a hangar at Oxford Airport. Photo by  Dylan Patrick Contributed Photo / Contributed Photo

“This is the private jet age,” said President and CEO Brian Kirkdoffer in a news release. “Providing global businesses with corporate jet service is the core of Clay Lacy Aviation. The most productive entrepreneurs and executives do not fly on commercial airlines, nor do they have time to wait in airports. Everything we do is tailored to helping leaders be more effective. The future of corporate air travel is phenomenal.”

Reports from around the country suggest that recent corporate tax cuts and a stronger economy have bolstered interest in companies and high-net-worth individuals stepping into the buyers market for private and corporate jets.

As a result, a growing number of companies have chosen to purchase a plane rather than following the long-standing tradition of chartering flights, which bodes well for the aviation company nationally and in Connecticut, according to Chris Hand, senior vice president for the Northeast region. 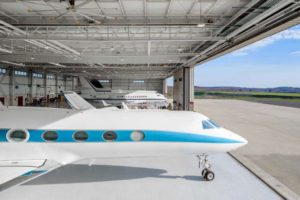 “It’s making it more attractive to an aircraft owner to utilize a management company where as they may not have in the past,” Hand said.

Advancements in regulatory technology has been another contributor to growth, he said, adding the Federal Aviation Administration is changing and compliance policies are holding management companies to higher safety standards.

The private aviation company’s presence in the state, and the Northeast, has increased in recent years, starting with its 2016 purchase of Key Air 2016, a 30-year-old aircraft management and charter firm based in Oxford.

Since then, the company grew from a 90-aircraft inventory to more than 100 aircraft. It also established a maintenance and operations center near New York City and FAA-certified aircraft repair stations in Oxford as well as in Seattle and San Diego. 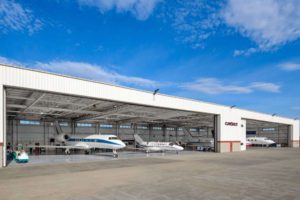 “I am very proud that the state has been friendly toward business jets, and I think an often-underestimated fact is that every business jet on the Oxford airport — and there are about 60 of them there — every one of them employs very directly between five and 15 people,” Hand said.

Clay Lacy’s 16-aircraft fleet at the company’s hangar in Oxford is predominately ultra-long-range business jets owned by high net-worth individuals and businesses. A third of them are available for retail charter and outside clients.

The company currently employs 60 people in Connecticut with about a third of those coming in the past year. More are expected as the company continues its expansion.

“We seek to continually expand our footprint out here with plans to be announced,” Hand said. “We plan on increasing our footprint in the state and region pretty much as soon as possible.”

So thankful to help share this story with the public. What a powerful, beautiful message written by Tracy Reiner, whose mom Penny Marshall spent decades supporting unacknowledged artists and making the world a better place. ... See MoreSee Less

When this happens, it's usually because the owner only shared it with a small group of people, changed who can see it or it's been deleted.
View on Facebook
·Share

Love this advice for entrepreneurs. This is my resolution for 2020! ... See MoreSee Less

Mindfulness for entrepreneurs helps organize thoughts, reduce stress, and sustain productivity. Read more to learn how you can use mindfulness at work.
View on Facebook
·Share

Great story! Thanks Carlos and Lisa!Eco-consumerism is on the rise, especially among millennial shoppers, and a local auction house is selling thousands of vintage items in-person and online.

The ABELL AUCTION COMPANY is L.A.’s original auction house and attracts buyers all over the world. Vice President Todd Schireson is here today to talk about the auction house.

If you like to shop Eco-friendly, you may be overlooking one of the oldest sustainable shopping practices around! Eco-consumerism is on the rise! According to a 2019 fashion resale report
View on Facebook
·Share

This is a must-see and a must-do! A big thanks to Tina Malave and her amazing Eye on L.A. crew for sharing Abell Auction Co.'s story.
abc7.com/entertainment/all-access-pass-behind-the-scenes-at-some-of-las-favorite-places/5272777/ ... See MoreSee Less

All-access pass: Behind the scenes at some of L.A.'s favorite places

Eye on L.A. is giving you an all access pass to go behind the scenes of some of L.A.'s most beloved and iconic spots.
View on Facebook
·Share